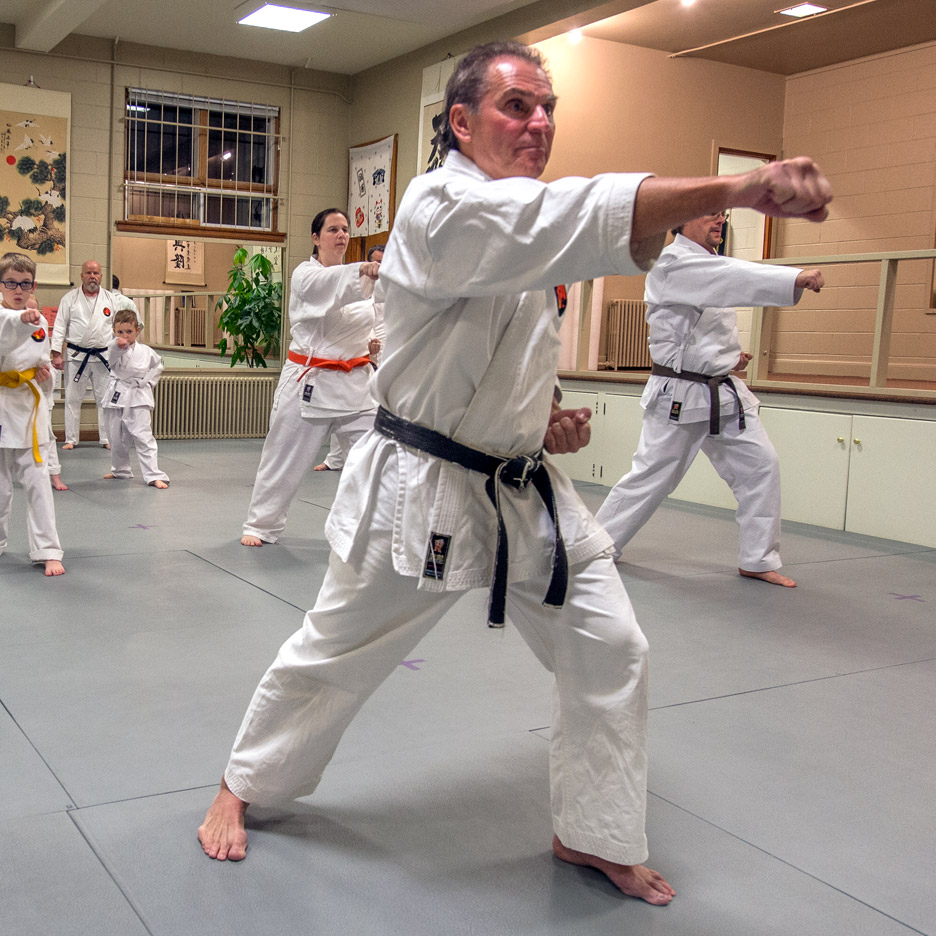 Sensei Joe Fournier was born in the beautiful Niagara Peninsula of Ontario, Canada. He has earned Black Belt rankings in Karate, Kobudo and Jiu Jitsu with Sensei Richard Kim, Hanshi, 10th Dan, along with Black Belt rankings from the Kokusai Butoku Kai and the National Karate Association (N.K.A.). He also has a belt ranking in Brazilian Jiu Jitsu and a Masters in Martial Sciences which he earned in 1996.

Sensei Fournier is a direct student of O’Sensei Richard Kim, and while he remains true to the teachings of his Sensei, he also continues to learn and incorporate new techniques into the dojo’s programs. While continuing to teach traditional karate, lessons now include notions of Pilates, advanced cardio-vascular training skills, Jiu Jitsu, and more.